It has long been a dream of mine to visit the Gallipoli Peninsula in Turkey, given its significance in the hearts and minds of Australians, New Zealanders and Turks. To Australians, the Gallipoli campaign occurred soon after Federation, and was one of the first defining acts of a young nation on a world stage. To the Turks, it was seen as a much-needed victory in the declining years of the Ottoman Empire, even though it was achieved with significant German influence.

The history of the Gallipoli Campaign is well known and documented, and as a 11 year old child, I recall the Gallipoli school project our class undertook after spending two days at the Australian War Memorial in Canberra. When the film of the same name was released in 1981, it helped me to visualize what may have happened in 1915.

The main aim of this visit was to experience the landscape in the context of history, and to also pay my respects to our fallen soldiers. Photography was not the major objective of the visit, with the timing also being wrong. The Gallipoli Peninsula is a 5 hour drive from Istanbul, and although many visitors do stay overnight or a few days locally; due to other commitments I could only spend the day. As a result, neither sunrise or sunset shooting was possible.

I travelled with a group of Australians, and we were fortunate to have a very knowledgeable Turkish guide, Necmi. It was enlightening through him, to understand the Turkish view of the campaign, as well as to help explain the very significant camaraderie and bond between the Turks and ANZACs, both then and now.

The Australian Government has a very worthwhile website which details an ANZAC walk, that covers all the significant ANZAC sites in the area. There are extensive notes and this is designed as a self-directed activity. This is what I will be doing for my next visit:

The images I’ve included are slightly larger than normal so the inscriptions on some of the tombs and memorials are readable.

The walk begins at the ANZAC Commemorative site on North Beach. This is where the dawn service is held on the 25th April each year.

Directly behind and above the site is the Sari Bair mountain range which would have proved a formidable sight when the ANZACs first landed on April 25, 1915. The most noticeable feature of this range was an outcrop known to the Turks as Yusuk Tepe. The ANZACs having been camped in Egypt prior to deployment, named this “The Sphinx”, a name which has stuck even with the locals to this day.

To the south of “North Beach” before reaching ANZAC Cove, is the Ari Burnu Cemetery at the head of the bay. This is the northerly point of ANZAC Cove.

This quote is from Australian Government Anzac Site


“If you had gazed out to sea in the pre-dawn gloom of 25 April 1915 from Ari Burnu (Bee Point) you would have seen the assembled British invasion fleet which had made the 100 kilometre trip through the night from the Greek island of Lemnos. Facing you would have been a collection of Royal Navy warships – battleships and destroyers (sometimes referred to as torpedo boats) and behind them large transport ships. In these ships were the soldiers of the ANZAC Corps, the 1st Australian Division and the New Zealand and Australian Division. Each man who was to land at dawn in the first wave had been inspected to ensure that he had all his equipment – rifle, pack, two empty sandbags, a full water bottle, 200 rounds of ammunition in his ammunition pouches and two little white bags containing an extra two days ration (a tin of bully beef, small tin of tea and sugar and a supply of hard coarse biscuits)”

Ari Burnu Cemetry was the site of the dawn service until 2000. Of the 182 Australian graves, 82 were from the Australian Light Horse Regiment. The first rows of graves depicted in the image below are the graves of men from the 8th Light Horse regiment from Western Victoria.

This has particular significance for me in that in 1983 I commenced my medical internship at Concord Repatriation General Hospital (known as the 113th Australian Army Hospital during WWII). One of my first terms there was in the “Casualty Ward” now known as Accident and Emergency. Just prior to ANZAC day, 1983, I admitted a digger with pneumonia, who told me proudly that he served with the 8th Light Horse regiment at Gallipoli. He was aware of only 2 other members of his unit that were still alive, but had seen neither for almost 70 years. A week later, I was working a night shift in casualty when a colleague mentioned that a digger from the 8th Light Horse had just come in following the ANZAC Day parade with chest pain. ANZAC Day was always a busy day at a Veteran’s Hospital, but this admission was no ordinary one. A quick check with Ward 120 confirmed that the first digger with the pneumonia was still an inpatient, and I arranged for the comrades in arms from a War held generations ago, to have beds side by side. It was both touching and powerful to witness a reunion of 2 lives, joined by a bond from when they were both only teenagers.

Near the Ari Burnu cemetery is the Turkish Memorial. On it are words written in 1934 by Mustafa Kemal Atatürk, the then President of Turkey, to the official Australian, New Zealand and British party visiting Anzac Cove:

“Those heroes that shed their blood, and lost their lives ...
You are now lying in the soil of a friendly country.
Therefore, rest in peace.
There is no difference between the Johnnies
And the Mehmets to us where they lie side by side,
Here in this country of ours.
You, the mothers, who sent their sons from far away countries ...
Wipe away your tears.
Your sons are now lying in our bosom and are in peace.
After having lost their lives on this land, they have
Become our sons as well.”


Ataturk was the commander of the Turkish armies during the battle in Gallipoli as well as being the founder of the Modern Turkish Republic. His victories along the Gallipoli Peninsula were influential in this. This letter acknowledges the bravery and heroism displayed by fallen sons on both sides, and has helped developed the bond that exists between the ANZACs and the Turks.

A short walk from Ari Burnu is ANZAC Cove. To be honest it is a rather small non-descript beach, with a minimal beach front. If you could design a cove to discourage a military landing, this is how you would do it. There are many theories to explain why this cove was chosen as the site of the April 25 landing, from deliberate to accidental. A detailed description of the landing is given here:

South of ANZAC Cove, is Gaba Tepe (Kapatepe), the site of where the ANZACs were originally planned to land. As one can see from the first image, it is certainly a lot less rugged and treacherous than ANZAC cove. In fact it was named “Brighton Beach” given its similarity to the beach of the same name in Victoria.

Kapatebe beach with the remnants of an old WWII bunker

Kapatepe was also where our guide Necmi, sat us down and helped us understand the Gallipoli campaign from both sides of the trenches.

Even during battle, camaraderie was evident, with the exchange of small items thrown over the trenches, shared songs, and the agreed ceasefires to clear bodies of both sides. This is depicted in a statue nearby, with a Turkish soldier carrying a wounded Anzac officer back to his trenches during a short ceasefire. The statue was based on a memory as it was told by Lord Casey, later a Governor to Australia, and who was involved in the campaign.

As one walks up from the beach, along Artillery Road, Lone Pine Memorial stands in honour of the soldiers who died in one of the bloodiest battles of the campaign. The memorial site was once a viscious battlefield where ANZACs and Turks died trying to gain control of the ridge. It was a ridge that had sweeping views of the Peninsula and the Aegean sea.

The final site of my visit was at the Nek.

This is George Lambert’s famous painting which hangs in the Australian War Memorial – "The Charge of the 3rd Light Horse Brigade at the Nek, 7th August 1915"

On August 7, 1915 between 4.30 am and 5.15 am, 234 Australian Light Horsemen from Victoria and Western Australia were killed and a further 138 were wounded. This charge was also depicted in the final scenes of Peter Weir’s “Gallipoli”.

The Charge at the Nek 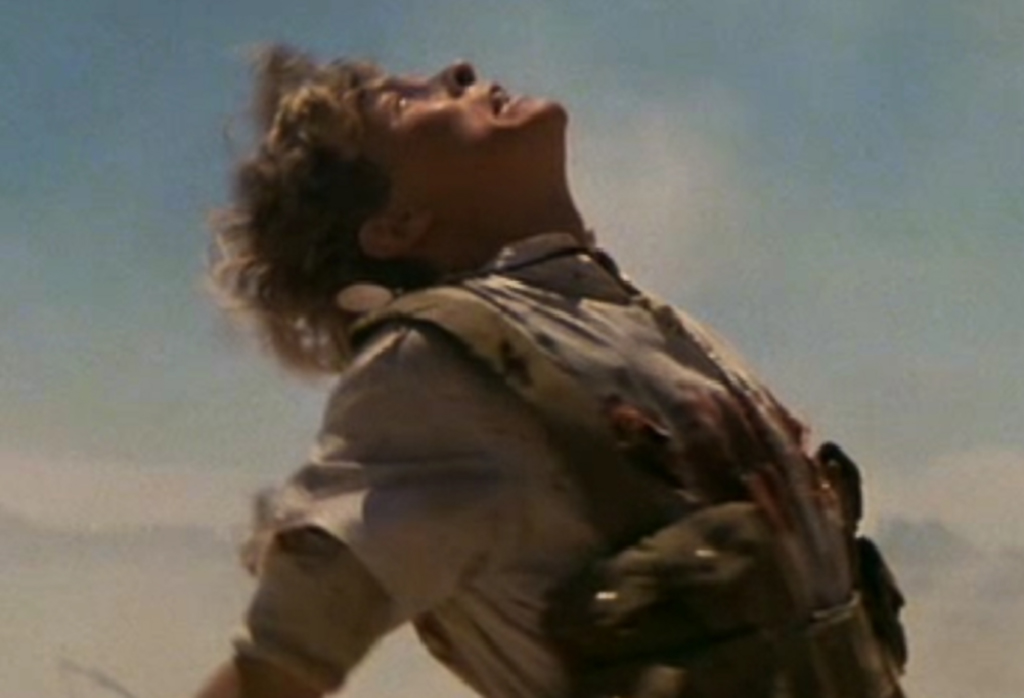 View of the Aegean Sea, Kemikli Cove from The Nek.