A Universal Language? If you look at lists outlining the most spoken languages in the world, they include:


My native language is English, with a reasonable understanding of Cantonese, while my wife is also fluent in Mandarin and has a good understanding of Vietnamese. Andy is fluent in English, Mandarin, Cantonese and Vietnamese. As a result, we have been generally able to get by in most countries, particularly since English is often a second or third language. When there are issues with communication, sign and body language, the occasional use of a language app. and the goodwill of strangers who willingly interpret, usually gets us to where we want to go.

On a recent visit to Taiwan, I left my wife at the markets and went off to climb Elephant Mountain in the Four Beast Mountains (Xinyi District), for a sunset shoot over Taipei. I had found Neil Wade’s excellent blog and set off at 1500 for an 1800 sunset.


From my hotel near Taipei 101, the route was fairly easy. A short walk of maybe 20 min to the base of the mountain, and then about 1400 steps. There was no need for signs or asking for directions. Just follow the backpacks with tripods. I followed a couple of photographers from Japan, and we struck up a “conversation” without speaking. My Japanese is non-existent outside a restaurant, but we intuitively knew what we were talking about. We were able to confirm the sunset time, and compare tripod heads as we walked to the start of the trail. On the way we met some local Taiwanese photographers who became guides and also suggested a local vendor for food later that evening.

The climb is moderately easy. Take your time and savour the many viewpoints was my plan. My fellow photographers raced off asking me to join them, but I wanted to shoot along the way. I didn’t know then, but there was a reason for their haste.

There are many outcrops along the trail, each with a unique view of Taipei or part of the 4 Beast Mountain Range. I took a number of different images including panoramas as I gradually ascended. I reached the summit and was surprised by the number of photographers already camped there with tripods and remote releases primed for action.

I surveyed the area, and thought the best site for a panoramic image of Taipei with Taipei 101 as the focal point, was beyond the summit, and about another 500 metres along the ridge. As it turns out, so did everyone else. There was still another 90 min to sunset, but the ridge and the platform were packed with photographers, and in some places 2 deep.

As I approached, I was already looking for an alternative site, but I needn’t have been concerned. Without a word, the photographers I had struck up a largely non verbal conversation with earlier on, moved a step to the right, and a step to the left and invited me into a space perfect for my Gitzo. On the ridge were photographers from many nations. Taiwan, Japan, China, Britain, Germany, USA, and Holland were all represented. As there was still more than an hour till magic hour, and we had all taken our test shots, what do photographers do? Compare equipment and talk gear of course.

I generated some interest as I was shooting with the new Sony A7R with a metabones adaptor and EF Canon lenses. I was using my 1dx with the 21mm Zeiss distagon for the single images and the A7R with a 70-200 for stitched panoramas. I would have had perhaps 5 different photographers pick up the A7R and play with the controls. Meanwhile I trialed a Nikon D4 as well as a new Markins Ballhead and a Heliopan filter system. Questions and answers were conveyed usually with a demonstration. LCD images provided subtlety and detail to the answers.

Although many languages were spoken on that ridge, Photography was the Universal one. 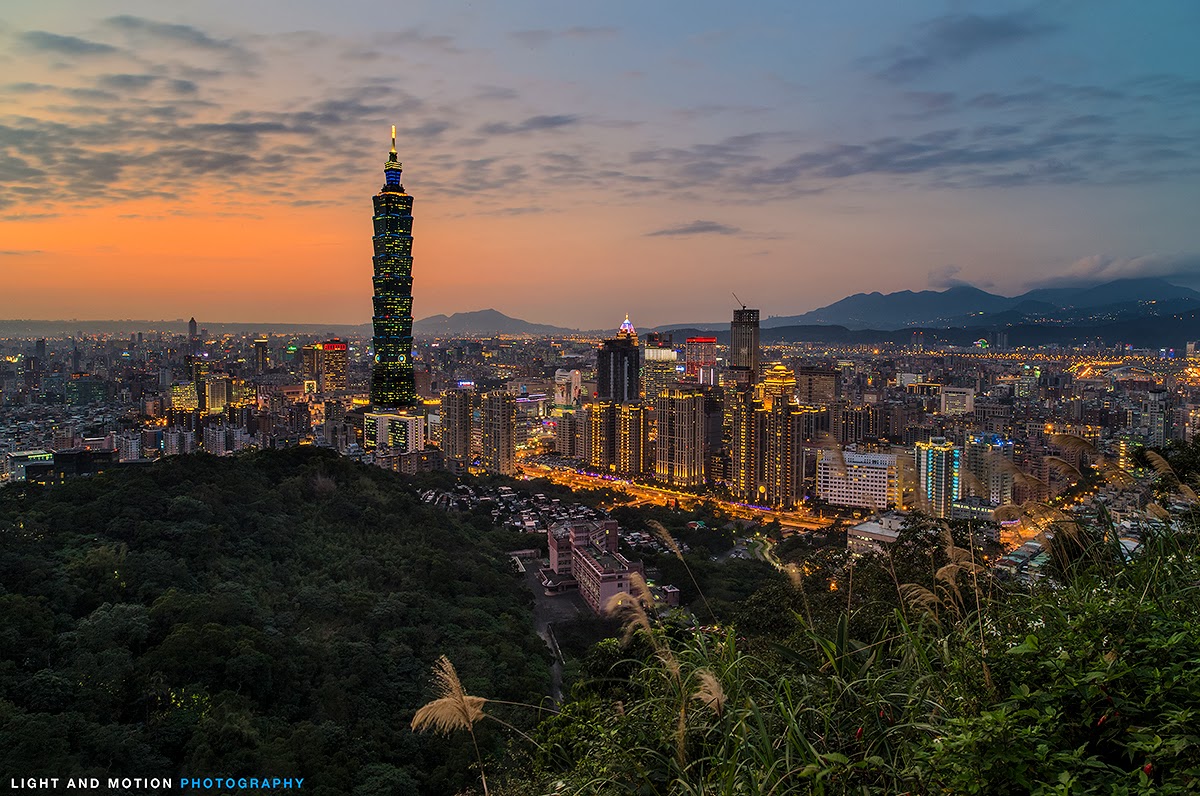 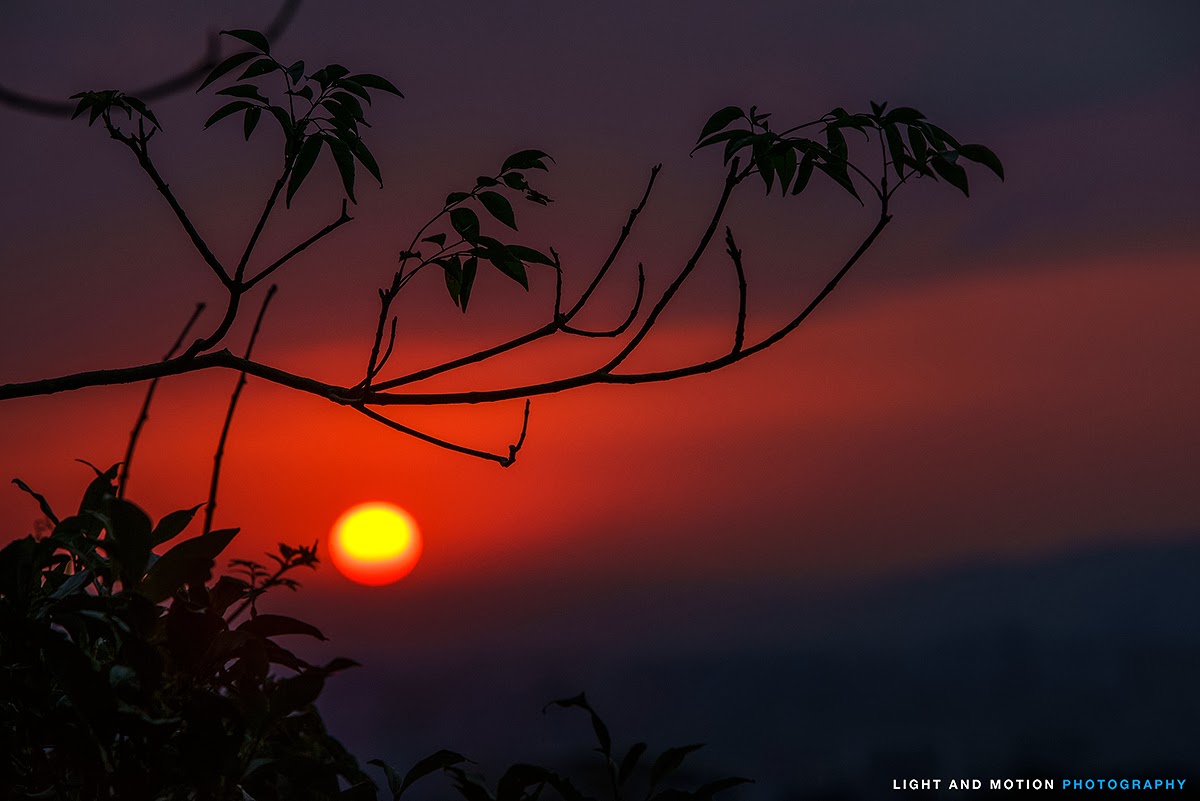 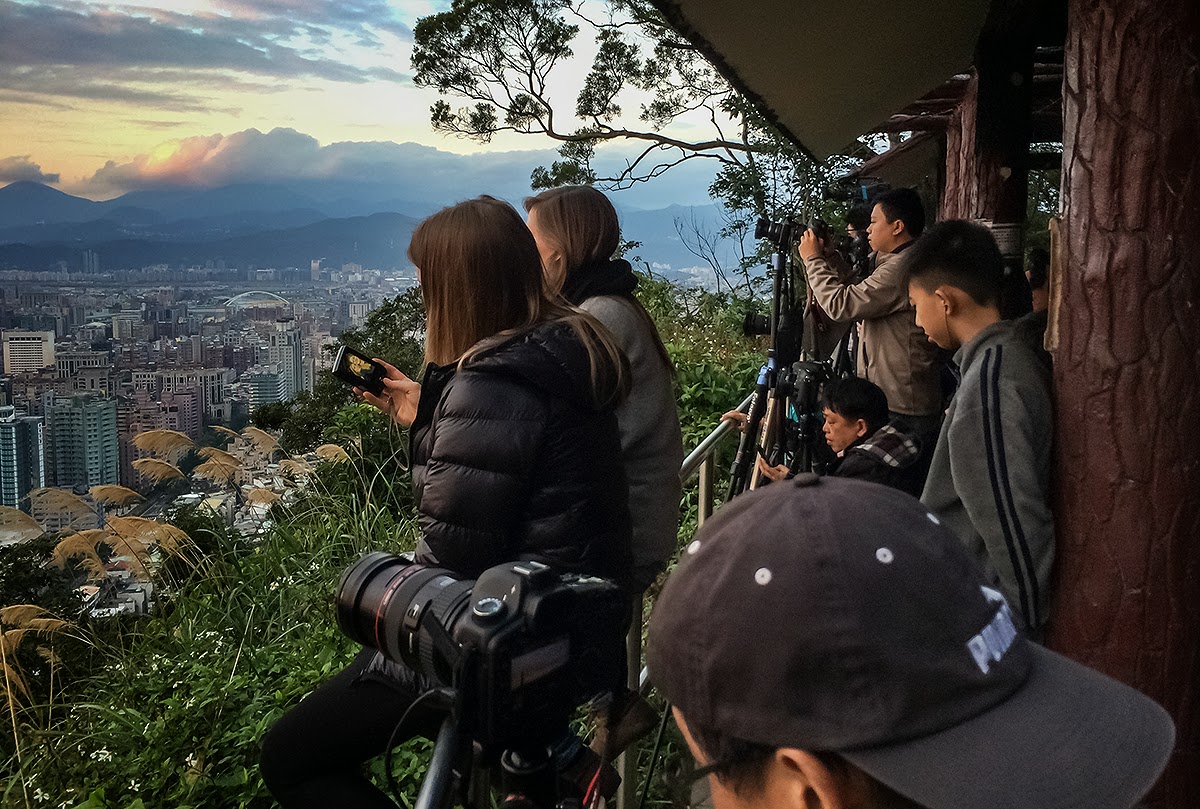 Fellow photographers and onlookers on ridge, past summit of Elephant Mountain. 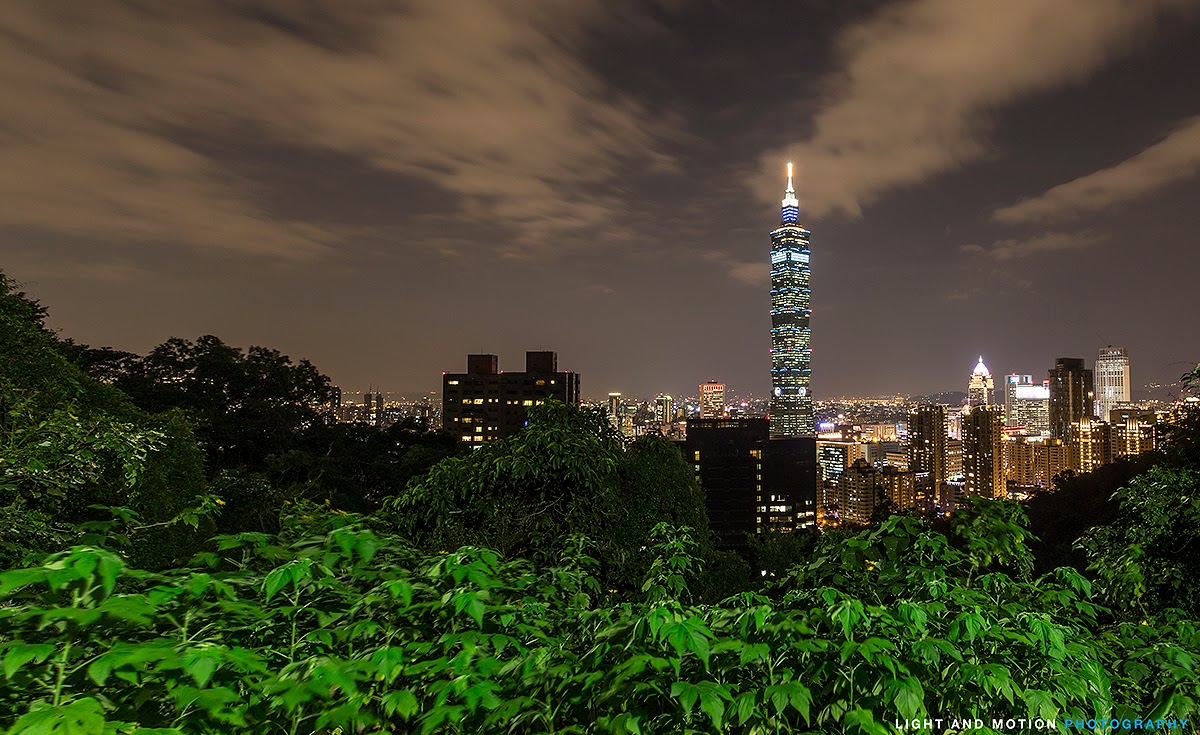