This article is based on a comment we received on Google+ by Carolyn Fahm, who reiterated some thoughts that “the most important quality any photograph can have, beyond composition, beyond the technical aspects, is emotion, or…heart”.

My thoughts here are somewhat self indulgent, and is a very personal take on photography, but it may help provide some background and insight into some of our images.

Photography as an art form means different things to different photographers. For Andy and I, if possible, we try to capture images that portray a particular message or meaning beyond the obvious. An image that allows one to dwell on some of the subtleties of light, composition and subject material, and hopefully provoke both thought processes and emotions that elevate the image to take on a particular significance for the individual.

Of course not every image achieves this nor are they supposed to. However, when a particular image touches or moves us, we try to convey this personal feeling via a number of different methods.

Firstly, we feel the title of the image significantly influences our perception of the image. We don’t try to gild the lily, and hope to leave enough room for one’s imagination. 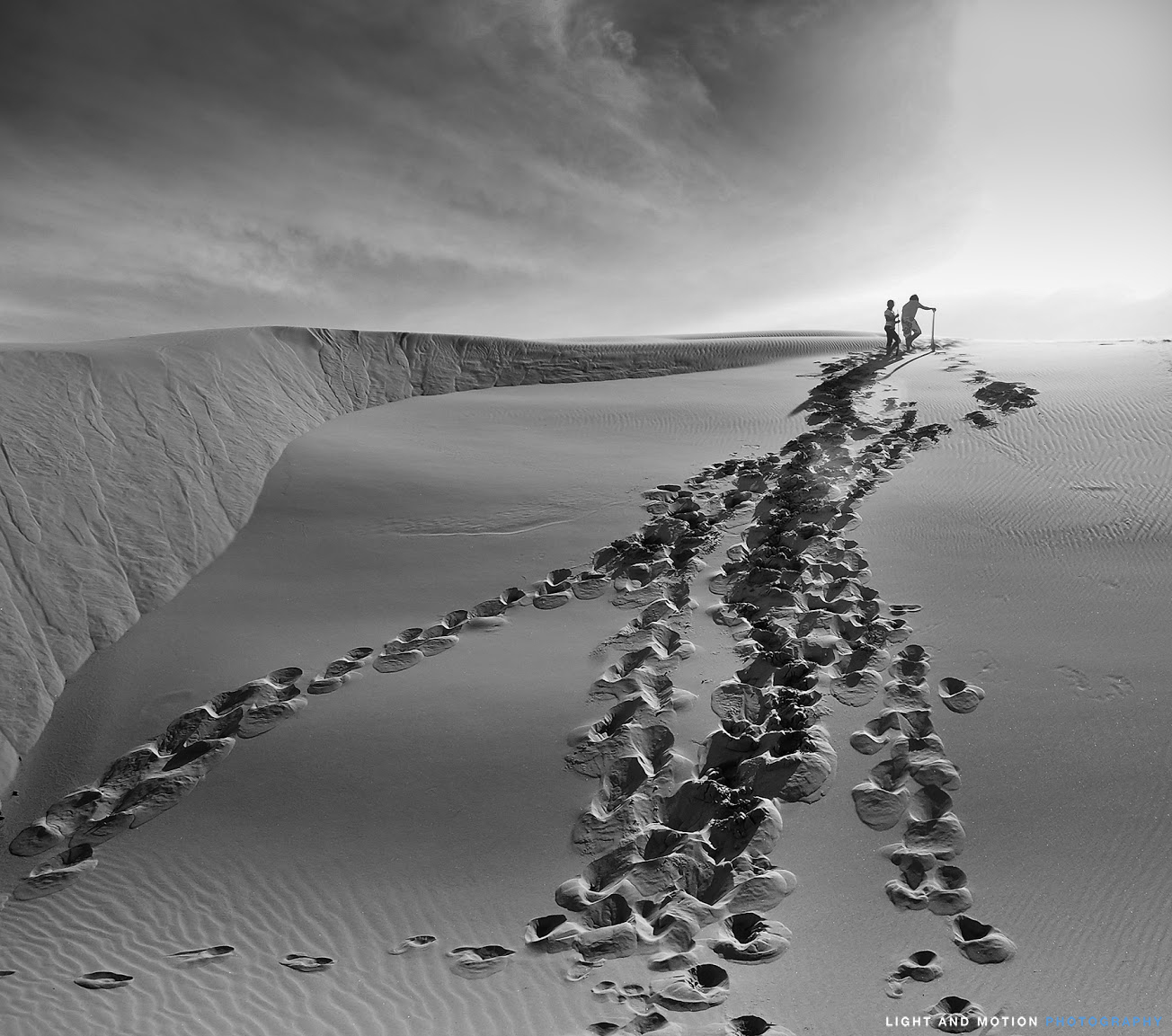 This image by Andy is entitled “The Promised Land”. The connotations would be vastly different if he had entitled the image “Footprints in the Sand”.

Similarly, the title of this image “Tree of Life” focuses ones' attention on this element, rather than the church. It also highlights its unique position while suggesting biblical themes. If I had entitled this “Duomo”, the implications would be entirely different.

I entitled this image “The Edge of Significance” to highlight how little some of our achievements are in the face of Mother Nature.

Secondly, music may have an important role in trying to convey emotion in a photograph. This can come about in a number of ways. Occasionally, while listening to music and photographing, a song may fortuitously be playing on our ipods which perfectly describes the scene before us.

Cold Chisel’s “Flame Trees” was playing as I was photographing this in Arrowtown earlier this year. Not only did the song describe the scene literally, but the story behind the song of an older man returning to his small home town in search of old friends and love had particular resonance.


More often however, a particular song from our personal memory bank stands out as perfectly describing the image before us.

I had to wake up at 3:30am to make the 4:30am sunrise in Queensland during its non-daylight saving summer. This time is my favourite time of the day as the day begins with so much potential and possibilities. As I set myself up to take the above image, Nina Simone’s “Feeling Good” came to mind, and I thus entitled the photograph “It’s a new dawn, it’s a new day”. 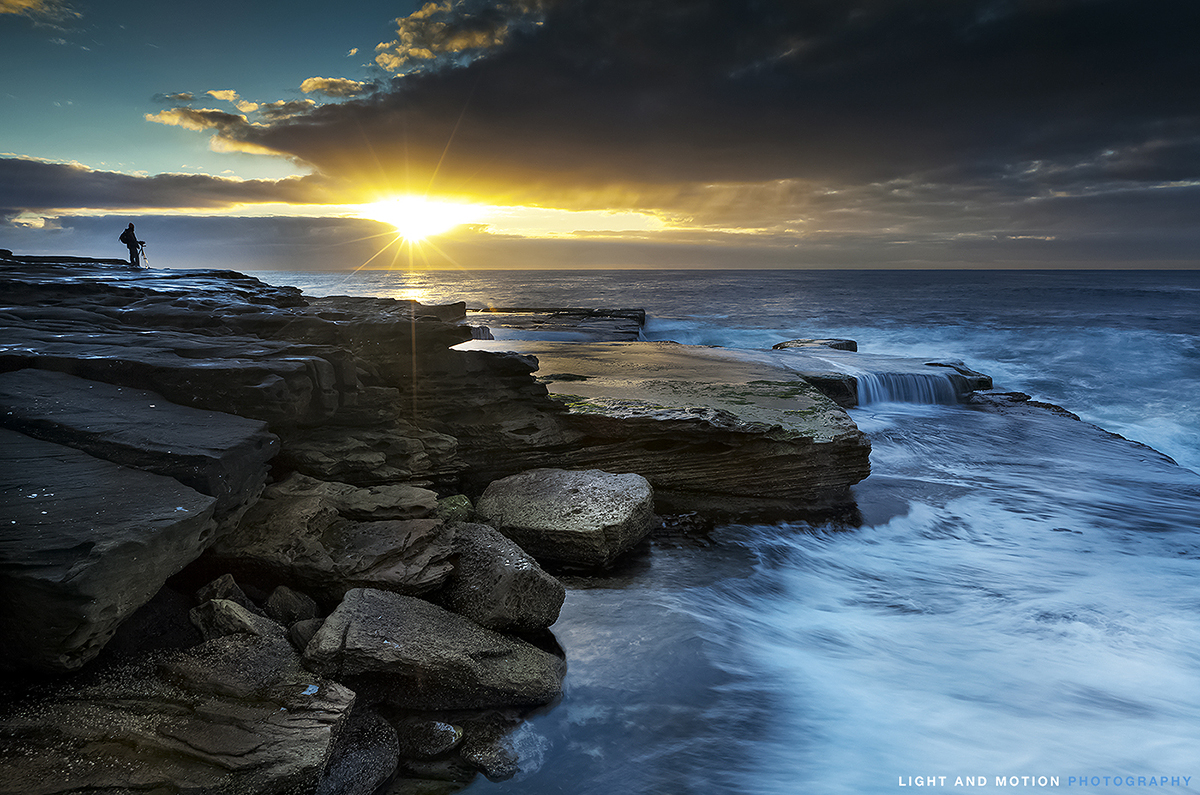 This image by Andy Ly, triggered an immediate association with Michael Stipe's version of Joseph Arthur's "In the Sun", not only for the literal description, but also for how well the lyrics tell the story of the image: 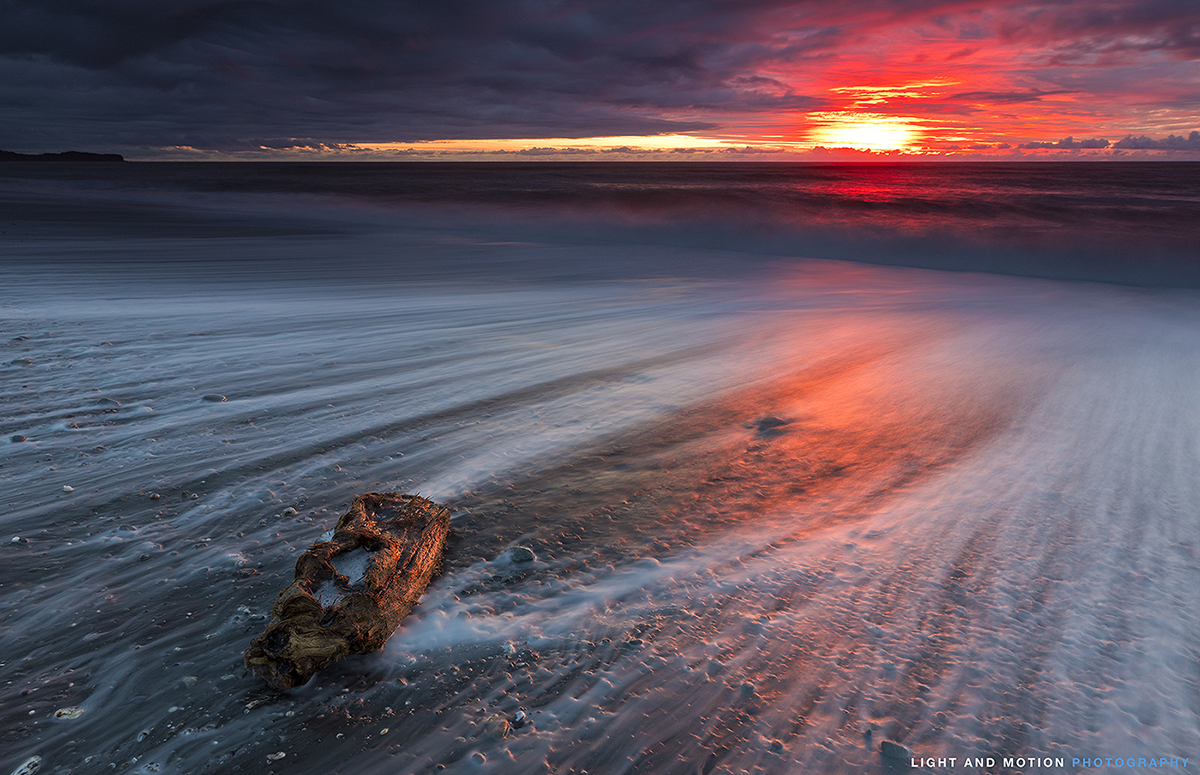 We visited this remote, desolate and wild beach on 3 occasions via all wheel drive vehicles during our 2011 New Zealand Photo expedition. On each occasion, the photography group was alone on the beach, including before dawn and after sunset. We felt fortunate to be where we were, alone in our appreciation of the spectacular location. The song by Keane “Somewhere Only We Know” seemed to describe our feelings exactly, and the lyrics were particularly poignant:

“I walked across an empty land
I knew the pathway like the back of my hand
I felt the earth beneath my feet
Sat by the river, and it made me complete

Finally, the reverse may also occur and a song provides the inspiration for a particular image. Whilst in Vienna recently, as I sat on a bench, I observed the hustle and bustle in the main square of Stephanplatz at lunch. In the midst of a myriad of tour groups, office workers and shoppers, I observed an older couple hug and kiss oblivious to their surroundings. That evening, I returned, found my composition and waited for the right image. I was inspired by Culture Club’s “Time (Clock of the Heart)” and entitled the image “Time won’t give me time”

This image was taken at Honolulu Zoo in January 2013. The lyrics and song that immediately played in my mind even as I was pressing the shutter was Divinyl's "Back to the Wall". 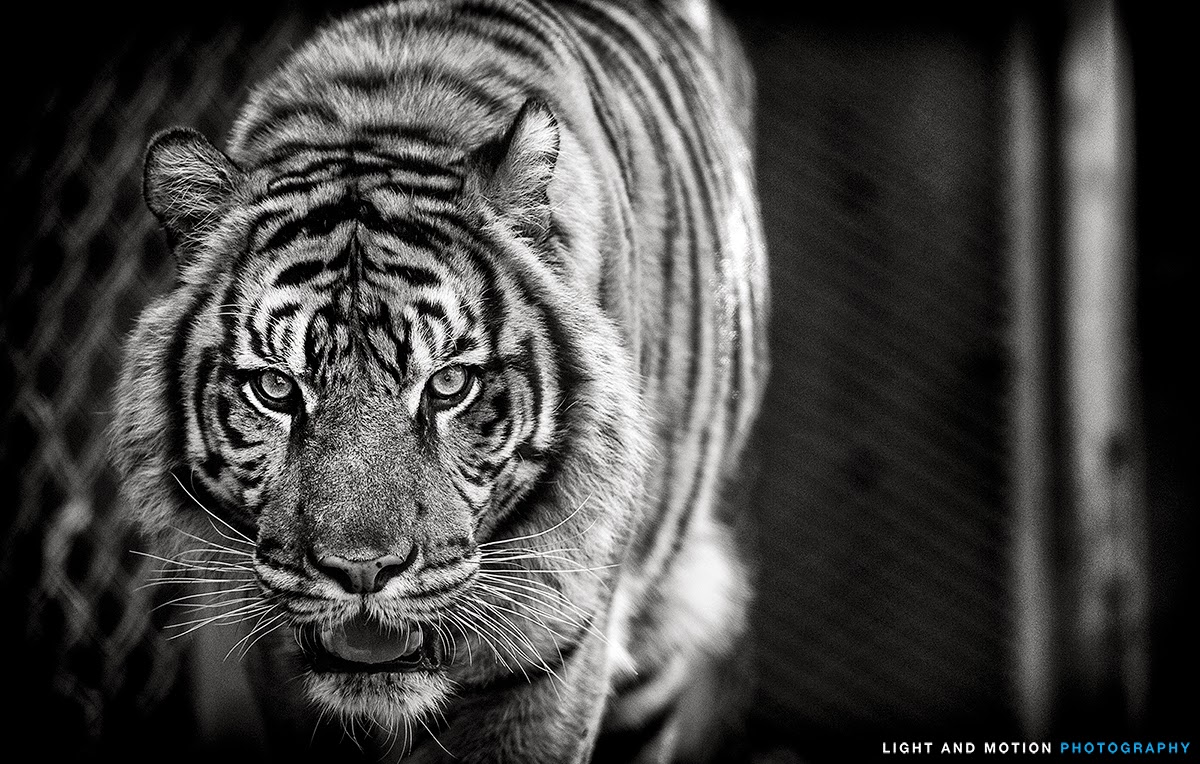 Don't push me too far
You better run for your life